Thoughts at the time of establishment

Samurai Spirit! ～The willingness to put everything on the line～

—Towards a national revival and personal transformation— 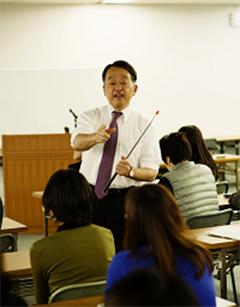 Abenomics represents an opportunity. Whether or not you take this opportunity depends on your own resolve.

In the 1980s, backed by unprecedented economic growth, Japan was praised the world over: it was the age of “Japan as number 1.” Japanese working overseas were proud of their country and heritage.

Following the end of bubble economy, however, we Japanese stopped taking risks. Instead, excuses started flowing regularly: “The government won’t allow it”, “Top management won’t budge”, “Middle management spends all of its time coordinating internally”, “Young employees have no drive”・・・Discontent emanated from all levels of the organization. The samurai spirit—which formerly defined Japan and its business culture—curiously disappeared.

The subprime mortgage crisis of 2007-2008 was a major challenge to Western-style capitalism. Japan, which seemed to be in prime position, missed the chance to take a leading role in redefining the rules for future development in the post-Great Recession era. On the contrary, there is legitimate concern that Japan will be burdened by the United States’ exit from QE (quantitative easing). Will we continue on this road to gradual decline and poverty?

Most people reject this notion. “That’s not the case for Japan!” Since the collapse of the bubble economy in 1990 and facing a severe headwind, Japanese worked diligently and accumulated assets. Indeed, personal financial assets increased from 1,000 trillion yen at the time to more than 1,500 trillion yen today.

There is still time for Japan to renew itself. But how?

The global business scene is a battlefield where individuals from different cultures clash egos.

People prioritize their own values while competing to maximize profits. Recognizing the need for Japanese people to cultivate a broader, long-term worldview, I embarked on a project to develop a pool of global talent. It is imperative that Japan protects the national wealth it has accumulated to date. By learning asset management at the global level, Japanese can secure affluence commensurate with their hard work. The essence of asset management lies in recognizing how money flows throughout the world. As such, developing this intuition is a valuable addition to the global businessperson’s toolkit.

The power of the Japanese is limitless and now is the time for our revival. Nothing is solved by placing blame on others. You only have control over what it is that you do. Each individual must embody the samurai spirit and take the first step. In both global business and asset management, return can be gained only after taking a risk. We Japanese must transform ourselves, and I am prepared to play my part. That is my objective for founding this company.

Susumu Okamura
CEO Education for Asian Talents
(July 1, 2013 at the time of establishment)

Origin of the Logo